Back in 1987, Matthew Broderick (Sarah Jessica Parkers hubby), and his then girlfriend, Jennifer Grey (Dirty Dancing Star), both co-stars in Ferris Bueller’s Day Off, were vacationing in Ireland. Broderick mistakenly drove the incorrect way and crashed into an oncoming vehicle. Both the driver and passenger, who were mother and daughter, of the car died from their injuries.

Matthew sustained a broken leg, fractured ribs, a concussion, and a collapsed lung and Jennifer suffered minor injuries. Matthew was charged with causing death by dangerous driving, but was later convicted of a lower charge of careless and reckless driving. (would love the details of that!)

A few days later Dirty Dancing premiered in theatres and it is said that Jennifer never could enjoy all the fame that came with its success as a result of this accident in Ireland! She said that she never recovered from the accident and she turned her back on Hollywood aged only 27. She says “my head was never the same, my ambition was never the same.” How tragic! 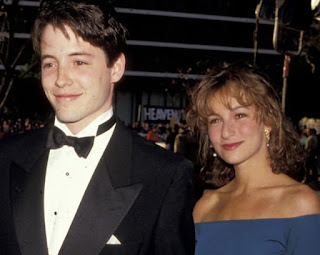