Halloween Do’s and Don’ts for Pets

DO ensure that pets always have identification.
DON'T keep pets outdoors during Halloween and the weeks running up to it as people start letting off fireworks earlier than Halloween night.
DO talk to your vet if your pet gets very scared from fireworks as there is a variety of treatments and medications that can help.
DON'T dress animals up in costumes as many pets find this uncomfortable and stressful.
DON'T take pets trick-or-treating.
DON'T let animals near bonfires, candles or other dangerous items.
DO make sure that rabbits and other caged animals are safely secured in a garage or outbuilding.
DO keep pets away from Halloween decorations and tell children not to share any sweets and chocolate with their pets.
DO take a pet suspected of ingesting a harmful item or substance immediately to a vet.
DON'T ignore animals in need. Report animal abuse and neglect immediately. 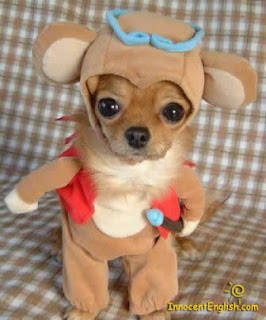 Posted by The Glam Reaper at 11:48 No comments:

The End of Life Forum 2017 was held in Dublin Castle yesterday October 10th and was a brilliant day, filled with like-minded professionals, Irish government officials, experts and the ever important 'Joe Publics'. All End of Life aspects where discussed, questions asked (not all answered!) and touching stories shared.

DID YOU KNOW? 88% of doctors said they would choose Do Not Attempt CPR (DNACPR or Do Not Attempt Resuscitation or Allow Natural Death decisions) and YET they deliver these orders to you the patient. Doesn't make a whole lot of sense now does it? Kind of terrifying too.

There was talk (obviously) of the budget and the fact that the Bereavement Grant was not reinstated for 2018's Budget plan. It was said that although this grant wasn't of massive financial significance in helping costs at end of life, it was significant because it represents the State acknowledging you had 'lost a heartbeat'. Considering by this time next year, there will be 3 million Irish people bereaved after a loss of 29, 000 lives, that is a lot of heartbeats ignored by the State.

DID YOU KNOW? 1 out of 3 of us will lose the ability to make our own decisions in the end.

If there is one thing I have been eager on encouraging my readers to do, it is to PREPLAN their funeral because that is what I am passionate about but preplanning your funeral is just ONE task on the 'to do list' of End of Life planning and while the appendices in my first book includes a fantastic (if I do say so myself!) plan to help you preplan your funeral, it does NOT include all of the other essential questions and answers you need to address to fully sort out your End of Life plan. And so, I nod to the Irish Hospice Foundation's fantastic The Think Ahead form which will guide you in recording your preferences regarding ALL aspects of end of life. It encourages you to ensure that those closest to you are aware of these preferences so that, should a time come when you are unable to express them yourself, your wishes will be clear to those caring for you or managing your affairs.

80 people die a day in Ireland, some suddenly and some slowly and some painfully and as Irish Hospice CEO Sharon Foley said "For every 1 death, someone's life changes for ever."

Bryan Nolan...we need to remember that "The person dying is the MOST bereaved person in the room".

Posted by The Glam Reaper at 13:57 No comments:

It is NEVER 'just a dog'

Although Roxy was ‘just a dog’, and she died over 8 years ago, recalling her last day still feels heartbreaking for me. In fact, it was one of the worst days of my life and inspired my New York/Dublin based pet memorial business Rainbow Bridge Memorials and my upcoming Tedx Talk in Tallaght on October 12th.

She was 16, quite old for any dog,  and she’d had a series of strokes. I had just returned from the holiday of a lifetime in Cuba and when I arrived home Roxy came running out, as usual, to say hiiiieeee. Sadly everything wasn’t usual though - I knew something was wrong. Four hours and another stroke later we were taking her to her death. We had her for 16 years; she was part of the family. She was my best friend through childhood, teenage years and adulthood. I felt like I was betraying her.

I am not alone. My deep emotions regarding the day Roxy was euthanized strikes a familiar chord with just about anyone who has ever lost a beloved pet to euthanasia/putting a dog to sleep.

I often ask myself did we do the right thing, could she have gotten better or was she ok with going. Her eyes never left mine as she died. And then afterwards, people just don’t know what to do with me, there’s no funeral or blueprint to follow. I felt awkward calling into work asking for some time off. I felt my friends looked at you thinking “Just get over it's only a dog” especially if they had suffered had human loss. It seemed self indulgent to even think of mourning a pet when faced with human loss so feelings get hidden and grief gets buriedit'.

Ireland is changing when it comes to pet loss as we see recognition of the grief people experience when a beloved pet dies where we never saw it before. There are helplines offering support and a listening ear, discussions about pet bereavement days at work. You can buy pet condolence cards, memorial jewellery. Pet funeral businesses are flourishing - pet cemeteries and pet crematoriums with pet specific caskets, urns and keepsake jewellery.

One study by the Funeral Co-op in the UK found that more than a quarter of respondents had found their pet’s death as difficult as the death of a family member, and a third thought it was on a level with the loss of a friend. Nearly half of the bereaved owners were still mourning after two months, and 16 percent were struggling a year later.

While it might seem self-indulgent or the ‘world gone mad with millennials’ by older generations to mourn the loss of a pet or compare it to the loss of human life, to some it can be just as heartbreaking. All loss and grief is important and essential experiences of the human psyche but grief that is dismissed by others can be more painful still.

Pets are often with us 24/7, reliant on us for food, water, exercise, and survival. They become our confidantes and in some cases have been known to prevent suicidal thoughts and help with mental illnesses. Here is a living being who will not judge, reprimand, or dismiss your thoughts, actions or feelings and yet when they pass the loss can be dismissed as ‘just a dog’.

Irish milliner Philip Treacy lost his Jack Russell, ‘Mr Pig’ in 2004; ‘I saw Mr Pig as my friend, not my dog. He was my everything; he was like my child. He was by my side, day and night, for 12 years. How many humans could you say that about?’ Treacy even went on to compose a book Dog Stories, which is an anthology of stories of well-known people (Lady Annabel Goldsmith, Sir Jackie Stewart, Lord Hattersley, Anna Pasternak, Petronella Wyatt, Edward du Cann and Tom Rubython) and their dogs. They recount the adventures of their pets, and the happiness and ultimate sadness they brought to the lives of their owners.

I used my grief to build a business helping others to grieve and started a company called Rainbow Bridge Memorials that has a base in Dublin and New York, offering condolence cards, pet conscious cards and memorial jewellery but it is more than just a business, It has become an online community. We have a Facebook page where people will often post about their pet or their grief and others chime in and offer support. We all know the sadness of pet loss and the difficulty in speaking about it to others who don’t have pets. The emails I receive from my clients about my jewellery often overwhelm me as they tell me how much it helps them in their grieving process and some of the emails were heartbreaking to read. It brought the loss of Roxy up all over again but I guess I started the business because when we lost Roxy, I still wanted her with me every day and wherever I go and with the jewellery I can do that and it helps. <3
Posted by The Glam Reaper at 09:28 No comments: 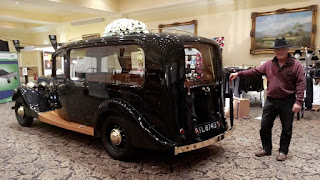 Had a great time meeting colleagues of the Irish Funeral Industry over the last 2 days at the Funeral Times Exhibition in Citywest Dublin. 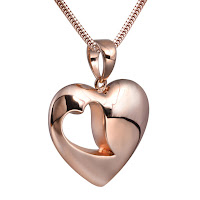 Our Irish Human Memorial Jewellery went down very well, we were out of leaflets after the first day!

Interestingly alot of funeral directors said that cremation is increasing every year and people are often asking for cremation jewellery. Another interesting note for us was the interest in our Pet Memorial Jewellery! We even took some orders for some pet lover Funeral Directors who had lost their beloved pet in the last year.
There was also a VERY interesting method by one company to market their coffins.....I shall let you decided Yay or Nay...... 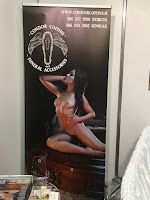 Posted by The Glam Reaper at 12:33 No comments: