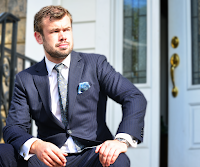 Clive Anderson has been living in the US for the last 14 years. He is an Irish native from Co Cork who now lives and works just 25 minutes from Times Square in New York City.

He is the owner of Pelham Funeral Home and has been a funeral director and embalmer for over fifteen years. He wasn’t born into the business as many funeral directors are but rather Clive feels as though he was ‘called’ into the service. The moment occuring when Clive lost his father to cancer. His experience of the funeral profession stimulated his desire to help others. 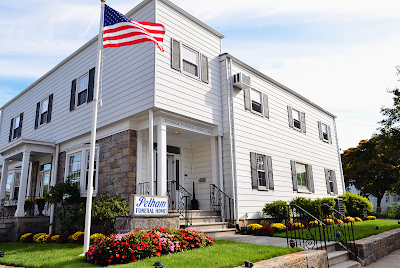 He got his experience in Ireland, initially with Jeremiah O’ Connor & Sons Funeral Home in Co. Cork before immigrating to the United States to get formal training in the funeral profession and working as a funeral service consultant for Matthews International.

Clive believes the Irish deal with death very well, as he said “the whole community stops, Irish Weddings are optional, Funerals are compulsory”. He thinks the American funeral industry has gotten quite commercial and has “forgotten the old ways” of respecting the body. He mentioned the animal kingdom and how animals grieve a loss and that it is a part of the process we should all embrace. He believes spending time with and looking after the body is both respectful of a life lived and a natural part of the grieving process.

Notable funerals that he has had the opportunity to plan included a thrice Powerball (similar to the Lotto) winner and an old Irish man who was homeless and passed away on the streets. He strives to make each funeral unique and special and include as many personal touches to the service as possible and this can include photos of the deceased placed all around the funeral home, their favorite music playing, smells filling the rooms, flags flying and a guest book for all who arrive to sign. 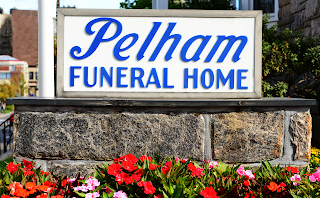 The recipient of several awards, Clive has been recognized by Irish Newspaper, The Irish Echo “40 under 40” for his contributions to the Irish community in the US and was also an aide to the Grand-Marshal of the Irish Business Organization on St Patrick’s Day In NYC. He was honored by the Irish Aisling Center in New York in September 2017.