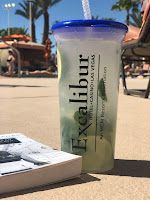 I was happy for an excuse to take me to some sunshine after a pretty long winter in both Ireland and New York.

I flew in a day early to gather myself and get some Vitamin D because I know, from previous conventions in Vegas, that you can get so involved in work and networking that you may never leave the adjoining hotels or see daylight! 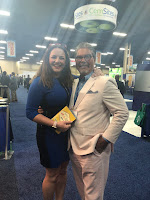 I had hardly walked in the door of the convention and I met the infamous Funeral Commander, Jeff Harbeson. Always a laugh to catch up with him and his bright colourful suits!

I love coming to the ICCFA and the NFDA annual conventions because twice a year, every year, the funeral professionals gather to educate, innovate, network, eat, drink and rarely sleep!! Always a chance to catch up with old friends and make some new ones in the process! I even got to catch a few shows with friends while I was in town too which was great, considering Vegas is THE go-to spot for any show! 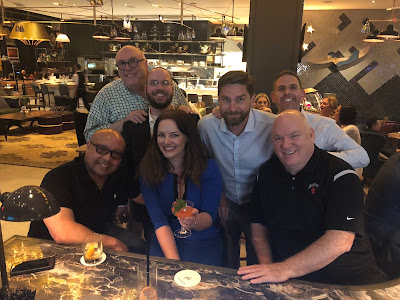 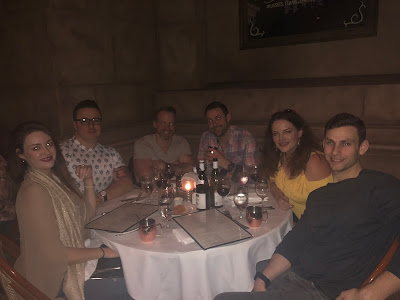 Sadly, Innovation at this year's show, along with attendance, was slow and seriously lacking. I was hard pushed trying to find something new to report on. There were SongPods of Solace which contain cremated remains, locks of hair/fur or feathers of a loved one. They are handmade and considered a musical memorial. Shake them and hold to your ear to hear a unique chime!

Then there is commemorative rosary beads which are made from flowers - from a wedding, a funeral, a birthday or anything. A good way to 'recycle' flowers and keep a memorial of the date.

A very girly innovative find this year, lastly we had Phyll The Love. A company set up, when she found herself limited according to Jewish customs to throw something onto her mother's coffin as it was being lowered into the ground. A series of hurried questions to the rabbi later and colorful sand was the chosen love token! She now provides beautiful little bottles of coloured sand that funeral directors or family members can hand out to graveside goers to toss onto the casket in lieu of flowers. Innovative and creative? Yes, however, when I asked a number of my followers on Instagram their thoughts on usage, the result was a resounding NOPE. Ah well. 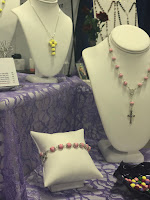 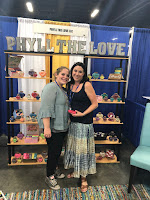 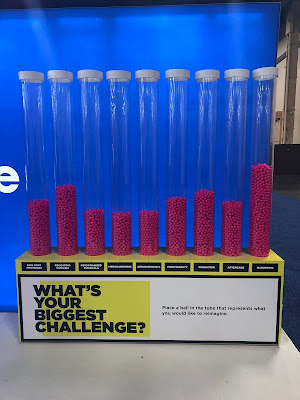 Other interesting things to note from the show was innovation in marketing or lack thereof. According to big players Funeral One and their attendees, marketing remains to be a funeral homes biggest challenge.

People WERE trying though, with Virtual Reality games happening and a giant colouring board to name a few fun things I spotted.

My first time Insta Story-ing the convention and the reactions were priceless - people thinking things were creepy AF (see below) or fascinated with the fact that there was such a thing as a funeral convention and wait...what...they have fun at it??! Noooooo.

I think we need to look at marketing for the industry from these people's perspectives and stop hiding our heads in the, even colourful, sand!
SaveSave
Posted by The Glam Reaper at 23:05